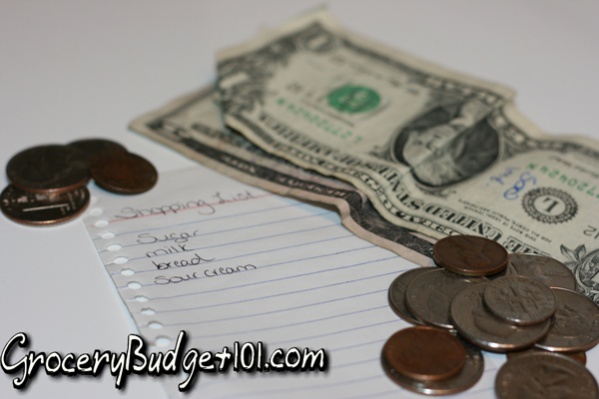 Week 15 Grocery Notes: This weeks menu came to $53 in all. fresh spinach is on sale again this week for only .99! It’s already warming up considerably- which means we’ll be eating a bit lighter in the evenings and sometimes skipping lunch. Aldi’s offered some lovely deals including shrimp for $3.69 and White Albacore tuna for $.99 per can, We grabbed several of each. Produce included fresh mushrooms, cabbage, celery, carrots, lettuce blend, red- yellow- and green peppers, cukes, apples and tomatoes on the vine.
With Easter looming around the corner, be on the lookout for great deals on Ham, butter and side dish items like au gratin potatoes, this week.

A few things I’d like to share : With so many fruit options last week, the kids didn’t even come close to eating it all. Mid-week I made frozen banana bites (dipped in semi-sweet chocolate) and tossed those in the freezer for fast frozen snacks. Since we’d had cantaloupe several times in the last few weeks due to sales, it wasn’t being munched very much for snacks. At the beginning of the week I cut the cantaloupe into chunks and froze half of it for use in smoothies this week.

Frequently Asked Questions about our $50 Menus