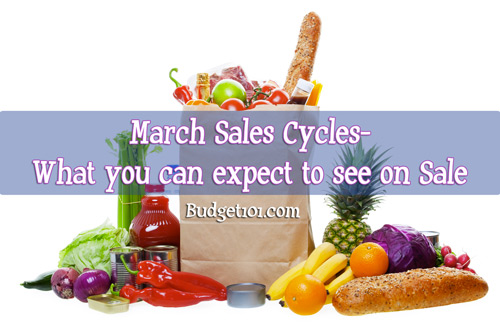 March Seasonal Sales Cycles – the following information is a compiled list that takes the following factors into consideration: Traditional Sales/Deals, Occasions, National Monthly Promotions, as well as Produce in season for the month of March.

Occasions to be aware of:

Fruits & Vegetables that are in Season for the Month of March:

Sales & Deals you can Normally Expect in March: