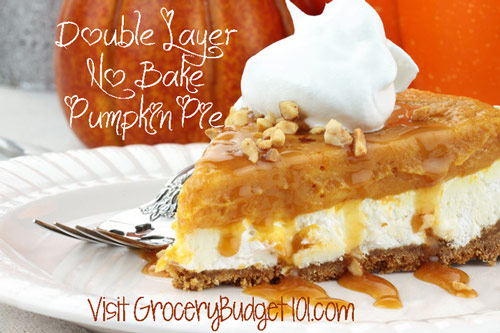 In a large bowl, whisk together cream cheese, 1 tablespoon of Half & Half, and sugar until smooth. Gently fold in the whipped topping, avoid over mixing! Spread into bottom of a prepared graham cracker crust.

Refrigerate while preparing the next layer:

In a large bowl whisk pudding mix and 1 c. half and half until thickened, fold in pumpkin, cinnamon, ginger, and cloves.

Refrigerate 4 hours, or until set.

Drizzle lightly with caramel sauce and add a dollop of fresh whipped cream just prior to serving! 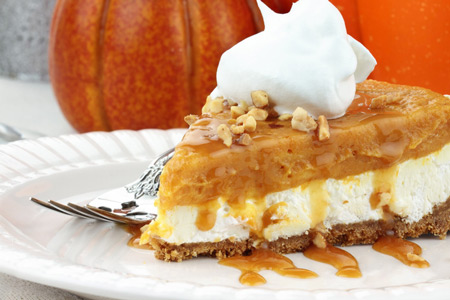