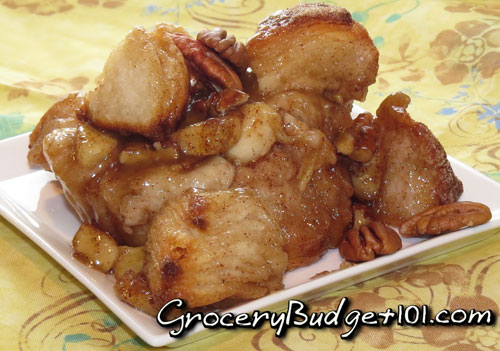 In a large plastic bag mix the sugar and cinnamon together. Add the biscuit dough pieces and shake them to cover with cinnamon and sugar. Place a layer of cinnamon sugared biscuit pieces into each of the ramekins. 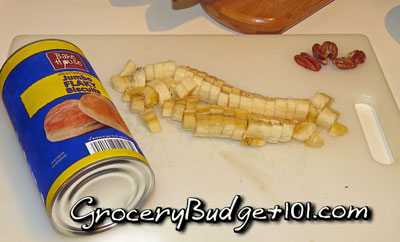 Cut the banana in half lengthwise, then cut into small slices. bananas, and pecans to the bag and shake to coat evenly. 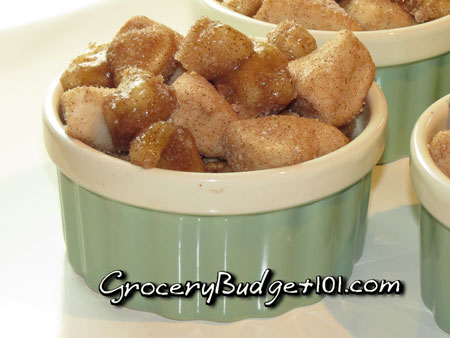 Melt the butter in a saucepan over medium heat. Stir the brown sugar into the melted butter until completely dissolved. Add the vanilla and stir well. Spoon the caramel mixture evenly over the tops of each of the ramekins. 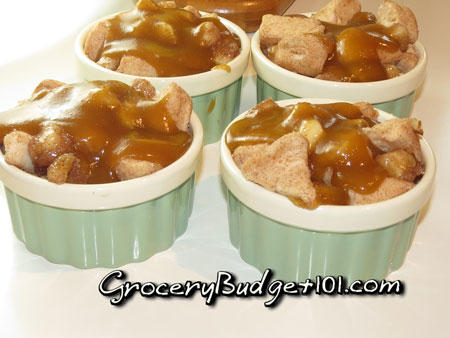 Bake in the preheated oven until golden brown 20-22 minutes.

Allow to cool about 5 minutes before serving.